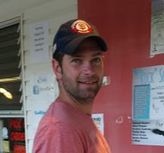 BrownBark Tree Service is a family-owned & operated business in Clarion County, PA.
​
Ryan Brown, climbing arborist and co-owner, started his career in trees as a wild land firefighter in the state of California (that's a massive redwood in the picture above). His skill with a chainsaw quickly became apparent and Ryan joined the rank of squad boss while earning his Class C Advanced Faller certification from the US Forest Service.

​Ryan's travels later took him to Charlotte, NC. ​Putting his skills and expertise to use, Ryan began working for a local tree service. An avid rock climber, he was eager to learn more about safety and the different techniques used by the climbers on the crew, eventually becoming an expert tree climber himself.
​
​Ryan began studying for the Arborist certification exam and teamed up with Mary, who was working in neurology research at the time but had always ultimately wanted to become self employed. 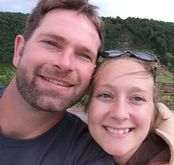 With her organizational skills and his talent, Ryan and Mary moved back to their home state of Pennsylvania to open their business--BrownBark Tree Service.
​BrownBark specializes in trees of all sizes, but most importantly those hard-to-get-to trees. Being a professionally trained climber gives Ryan the ability to trim and remove trees that would not be accessible ​to companies who use bucket trucks alone. 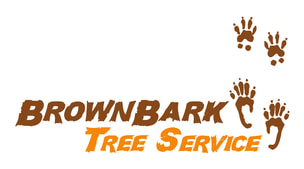